Check Out Old School Banter section Of Filthy News To See How It All Started!

So 2010 is when The Filthy Times started, the Old School Banter section will show you some of the weekly emails I used to send when I was supposed to be hard at work. Although the characters and storyline are a continued in house joke, the outragious banter is still there for all to see...

Well it’s been a long time since the last issue of The Filthy Times and I think it has been well over due... A lot of things have happened and a lot of things I’m sure some of the managers would not like to go into. But that is not what this paper is about! We are here to expose the truth!                                                Firstly I would like to congratulate the Jedi Knight on his new addition to the family...MAY
THE FORCE BE WITH YOU! As of yet we are still awaiting breaking news of the name of the new
apprentice but any suggestions would be more than welcome! Mary 'The Milkman's'
Murphy was the winner of our readers pole! And here is a stunning picture of
the little beauty! I think she's got your eyes Steve and definitely... those are
your chins!

In other news 'Bare Hapz' has been reported to be a virgin.... yes I know we all saw it coming, but in an open confession to myself and 'The Pimp' he’s not quite sure what to do when in the company of a woman? Sources tell us that he does have his POO WINGS though and he loved the giddy feeling of taking his first cock up the arse! Why he felt the need to tell us this I have no clue, but I’m glad we could be there for you Hapz it must have been a traumatic experience. The Arse Bandits Dad has never been very gentle! One of the things that has made me laugh since our last issue is Hapz still trying to make it into the music scene... with his attempts squashed at the X-factor at the hands of the judges Hapz has tried to re-create himself as an MC, inventing a story of how he used to be an MC in his younger days... I as like the X-factor judges was disappointed with his Rhyme spitting. Here's an
example of his lame vocals...'

I’m Hapz, always hang about on my jacks, walking down the street in my rain Mac,

All you pretty boys better watch your back, you never know when I might attack,

They call me pretty boy, shame I’ve got a tiny savaloy, when I see a boy I’m like Oi Oi !!!

As you can see not in the leagues of MC Hammer, but a nice try son... Nice try!

Last month we reported on the escapades of 'The Pimp' Chris Cooke, he yes was a very stupid boy thinking he was a player. Hence it resulting in him losing the lovely Shawnie, however he has recently been bragging about having a 21yr old stunner on the go??? On the go in my mind meaning GOING... GOING... GONE! Once she finds out about your Paedophilic... Homoerotic Fantasies that you like to share with your best friends dad. In breaking news it has appeared that 'The Pimp' had groomed the innocent Shawnie from the age of 14 corrupting her into his sordid ways at such a tender age... she is yet to be fully legal still at the young age of 15! I truly think you should hang your head in shame!

As the weeks roll on I am beginning to see changes in the Arse Bandit... The Gay Shrek look alike appears to have tossed his old image in an attempt to mirror his lover 'The Pimp'. They dress the same when they go out and now The Bandit is event trying to speak like Mr Cooke, using phrases such as 'I Rate You For That'... Well Mr Bandit I can tell you I RATE you for being a world class Brown Nose, keep up the good work! 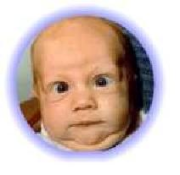 The big gay bear has hit the headlines again this week with another “out of the mouth of an idiot” comment… in a discussion about the current global warming situation he stated that he thought global warming was being blown out of proportion, talking about the floods he referred to them as gods judgement on homosexuals and that he has turned to scientology to avoid any bad karma.

The Filthy Times feels that not only is this stupid it also outrageously offensive, especially when we all know gods judgement on faggots was AIDS. If you’re really that worried about ‘Gods judgement’ I suggest you get yourself to the doctor… which is exactly what leagues bosses did, they sent the gay bear for a medical, one nurse was so shook up during the full body examination she had to leave, whilst rushing from the room our reporter asked for a comment…. ‘I’ve never seen anything like it, he’s got an arsehole like a collapsed mine shaft’. On hearing this our reporter couldn’t resist a picture and here it is….

As you may have heard from our resent txt alert regarding ANOTHER cheating scandal involving The Jedi Knight he has blatantly dropped himself in it, during a recent training session he nervously broached the subject asking ‘oh so what players did I copy’? AS IF YOU DIDN’T KNOW! Are you telling me after an 83 point week you never looked at my players? I don’t think so… what is funny is that you probably had your worst points week yet and appear to have slipped further down the league table. Now I will say this again, Cheaters never prosper! However eating pies will make you fatter… so adding a Hole large meat feast pizza, doughnuts and ice cream to this in one sitting is not wise… recent
facebook posts revealed the Jedi’s dietary needs, The Filthy Times does wonder if meal times at the Jedi’s are like a scene from Oliver…

So with a disappointing week The Pimp has slipped from top position to 3rd place, he was reported to be fuming after returning from holiday and claiming he hadn’t checked his team… a likely story
as we all know how competitive The Pimp is, once dressing in drag and being called Christine for a day just to not lose a bet… however if any of you have seen The Pimp at the weekend you will know he couldn’t quite give up the bet… Christine charges £15 a blowie and £50 for full penetration, this could also explain why The Arse Bandit Is seemingly skint all the time… Come on Christine doesn’t he get mates rates? The poor guy needs all the help he can get… because mates rates are not going sort out him being in 8th place! One place below pie eating serial cheater The Jedi but one place above bent pig Jambo.

we are happy to report has not been brought to our attention this week, maybe his drink driving days are over… or maybe his leash has been shortened? With the move of his training ground being confirmed as going to hackney it will be interesting to know if the young manager has brushed up on his equal rights policies, his racism issues may need to be addressed also. The ethnic minorities of east London may not be happy with his teams theme tune being Made in England…